Surrealist character comedy comrades Sleeping Trees, with The Vaults, invite you to join them in the depths of the labyrinth this winter, as we transform the belly of Waterloo into an alt-comedy underground world. 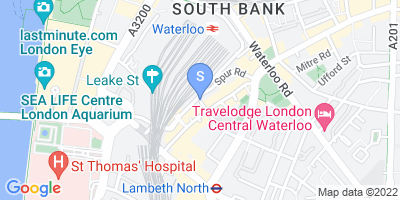 You are formally invited to the goblin wedding of the year in this alternative comedy from Sleeping Trees!

Following an internet scam, Peter Pan left Neverland, and with it, left behind the lost boys, Tinkerbell and his youth. It’s now 2022 and Peter smokes, drinks and lives off a diet of creamed Possum (look it up) and Bovril.

Not wanting to go to Tink’s wedding looking like the target of a Huel advert, Peter goes in search of a solution to his ever-expanding gut and aggressive acid reflux. If rumours are to be believed, there is only one man with powers strong enough to restore him to his former glory; David Bowie. Who, as we all know, lives at the centre of the labyrinth.

Surrealist character comedy comrades Sleeping Trees, with The Vaults, invite you to join them in the depths of the labyrinth this winter, as we transform the belly of Waterloo into a depraved and occasionally arousing underground world, brimming with characters from Peter Pan and Labyrinth, as well as that guy with hands for eyes from Pan's Labyrinth and the maze maestro David Bowie, in all of his forms.

In an alt-comedy mash-up where stardust meets fairy-dust, Sleeping Trees bring you a show full of fast-paced storytelling, a cult soundtrack and a party atmosphere more raucous than a casual gathering at No.10.

Following current government guidelines, they  are no longer operating under any social distancing, isolation, or mask wearing rules.

However, they do encourage the use of masks when not seated, as well as taking a lateral flow test before attending this event.